Notwithstanding our political leaders  are forced to be convinced that we should have a fairer taxation, they keep on legalizing fiscal fraud, stimulating financial injustice and supporting economic crisis. Despite their conscious intelligence,  no political party has the balls to proclaim a justified, fair solution. Nevertheless we, the ‘normal’ citizen, are in principal the real criminals, as we keep on tolerating this democratically!

The present key-word is Tax Shift, but the political presentation has been kept consciously vague and diversified. The proposed alternatives however are all resulting in new and/or additional taxes and encroachment of acquired rights. Any kind of Tax Shift within the present context is absurd and ineffective. Probably any politician is fully aware that the only justified solution is based on the fact that each income needs to be subject to a fair taxation. They know that this exclusively may be realised flawless by means of a waterproof cadastre of income. They are aware that a conclusive cadastre of income only can be safeguarded through the unconditional abolishment of cash money and the exclusive application of digital money. They cannot deny that this will create a closing system control of all expenditures and that consequently all income will become official. They are aware that only then the average taxation can be lowered, by which the average purchasing power and spending’s will be increased and employment will be improved. They are conscious that in principal this is the real solution to attack the crisis structurally and fairly rearrange net-income. Will the power of self-interest again be stronger than a disinterested strive for general interest?

As long as cash money exists, black money and fraud will dominate. This is the main reason, that cash money still exists. Within the given circumstances it is insuperable that black economy will prevail. Nevertheless it is unacceptable that this is consciously promoted by our politicians. It is a crying shame that the majority of people, namely those who pay the piper and constantly loose purchasing power, keep on tolerating that the minority of people contributes less or nothing and become richer ongoing! How is it possible that we allow our children/grandchildren to be hypothesized on behalf of the happy few?

The main key of solving the political shit and eventually create a better world, can be found in the website www.finalcrisiskiller.eu! 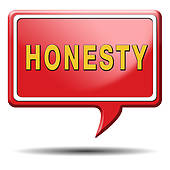 As a result of the public opinion in this area, the political environment is perforce convinced that a certain tax shift has to be implemented one way or another. However, the evil of self-interest of our political leaders and representative authorities is so deeply rooted, that it still will be strongly intended to realise a tax shift, which  probably once more will be charged on behalf of the official income. It is absolutely crazy to increase direct taxation on official income, which already has been taxed too high for a long time already. It is also absurd to increase indirect taxation, as only the ‘honest’ citizen will be punished again.

In reality most of the people are convinced that the official income always has been overtaxed in relation to the unofficial income, which has been taxed too less or in most cases not at all. Nevertheless it is a public secret that the unofficial revenues and capital are considerably high. The existing dissimilarity is a crime and the real cause of the world-crisis!

A simple solution however is obvious. The only meaningful tax shift, which has to be implemented, is a fair tax change from the current official to the actual unofficial capital. This can only be realized through the abolition of cash money and the explicit use of digital money. All expenses will  correctly and systematically be registered and all income will become genuine official. Any financial, social or fiscal fraud will be impossible. The average income tax can be lowered substantially, the mean purchasing power will increase proportionally, spending will consequently be higher and general employment will improve automatically.  This is the only valuable solution to attack the crisis structurally!

The concrete problem is not the existence of ‘black’ money, but the fact that this troublesome injustice purposefully is endured by our ‘legal’ system and that this discrimination still is been tolerated by the ‘honest’ citizen. Any tax shift resulting in higher direct or indirect taxation is outrageous. Taxes need to be decreased unquestionably, but need to be applied conclusively on all income!

Nowadays the official financial equity of all private persons in Belgium amounts to 1.150 billion euro, mainly consisting of:

As far as the unofficial equity concerns we can be very brief, namely it is unofficial and unknown! Because of the existing banking secret and the uncontrollable money flow, it is ‘deliberated’ impossible to make a proper estimation of the non-registered and untaxed financial means. However it is a public secret that the unofficial property is considerably significant.

This is the real cause of the crisis and at the same time the only logical solution! A waterproof enrolment of all equity can only be realized through implicit abolishment of cash money and exclusive use of digital money. Through the detailed registration of the global expenditures, all income will be recorded. The equivalent of fraud money automatically will become official. Each income will be subject to a transparent, proportional and fair but substantial lower social and fiscal taxation. Supposing hypothetically, the unofficial capital would be as much as the official private equity, actual taxation could be halved correspondingly. The average purchasing power will be higher, spending’s fundamentally will be encouraged. Employment will boost and the crisis will be solved!

The key message is that only a fair and healthy financial management can guarantee a decent existence for everyone. Consequently, the present criminality and terrorism will also fall. Sick minds always will continue to exist, poverty however can be attacked and eliminated.

This the simple but valuable message of the website www.finalcrisiskiller.eu! 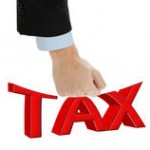 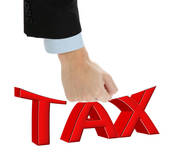